They were one of the first things I pondered, then, in trying to uncover the story. Why were they named cherry crows — was it to do with their appearance, or their diet, or something else entirely? Why did the villagers of Haverny Wood fear them, and were they right to?

Beyond mythology and folklore, most of which draws from the northern hemisphere, I'm not all that familiar with crows — my little corner of Australia is home only to ravens. They were far too large, and far too sorrowful, to be the model for the cherry crow. The name implied to me a lightness of wing, a speed and flick-turn-ability, and a keenness of purpose. Nothing like the pondering, mournful ravens.

But there is another Australian bird, one of my favourites, that perfectly fit the bill: the Grey Butcherbird:

Butcherbirds get their name from their habit of hanging captured prey on a hook or in a tree fork, or crevice. This 'larder' is used to support the victim while it is being eaten, to store several victims or to attract mates.
— Birds in Backyards 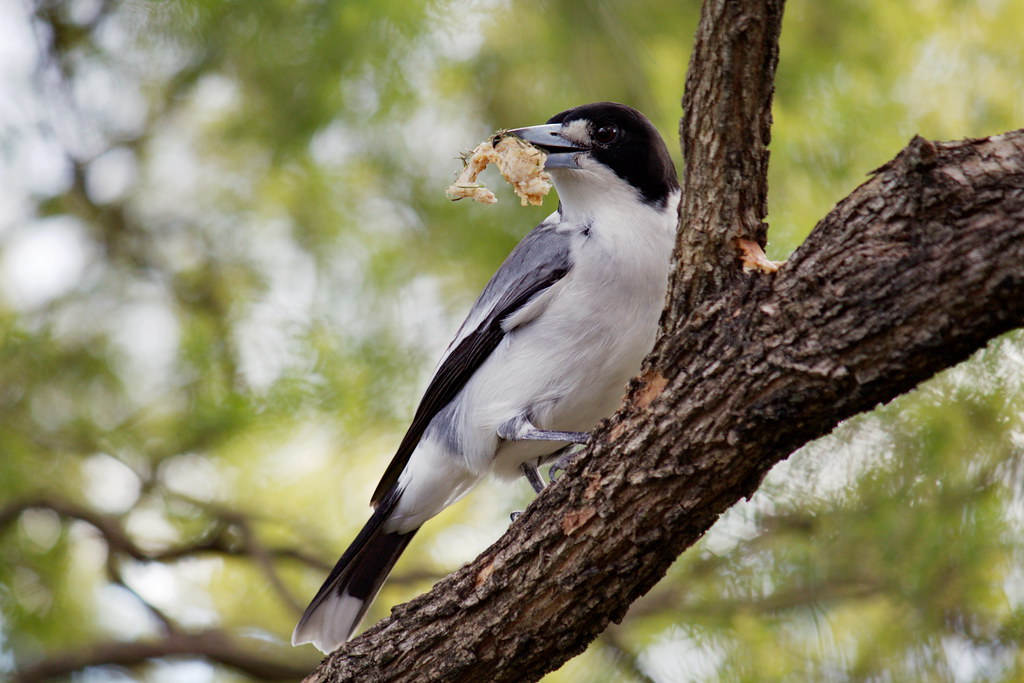 They have the loveliest song, sweeter even than the Australian Magpie's carolling, and they love to play.

At my mother's house, we have a game of throwing pieces of meat high in the air so the butcher birds can catch it on the wing. The magpies and kookaburras will eat out of your hand, if you've the patience and the daring, but the butcher birds prefer to hunt. Or perhaps they just like the adulation my family heaps on them for their quick turns and precise catches. They perch on the roofline, and watch us sideways until we throw, and then launch themselves at the flying-falling meat, often twisting on to their backs to catch it.

For the story, I made them red and black, to match the name, and I made them willing to attack humans.

[Claudia] stepped into the patchwork shadows of the trees, and the bush closed in around her—offering, for the first time in her life, true solitude.

Her skin crawled with it.

Despite the passage of months, the black of burnt things was still conspicuous, crumbling charcoal edges stark through the white clumps of last night’s untracked snow.

The fire-crumbled undergrowth shifted and crunched with her passage; the ghostly sallee and the stunted stringybarks alike all groaned of listing backs. Brushtails lurked in the empty branches, too hungry to sleep, beady eyes watching from their pointed faces.

And beneath the wind’s bluster, setting her nerves to twanging, came the crow-song.

There was no mistaking the liquid melody, calling of blood and slashed flesh, which warned of those red and black birds, small as a fist and swifter than sight. Most of the calls were distant, but that didn’t slow the drumming of her pulse. The cherry crows must be as hungry, these fading days, as every other forest dweller.

Following the closest call, with no warm and wary body at her back, set Claudia’s every sense on edge. She kept scanning the branches for silvereyes, since they were a sure sign no predators lurked, but their flittery little bodies remained unnervingly absent. Instead, the crow-song grew louder and the grey boughs began yielding up pockets of fine-shredded flesh stuffed into crooks or crevices.

…Each larder she passed brought her closer to the crows, the meat increasingly pink and moist, blood still dripping from some. At least there were no human eyes today. 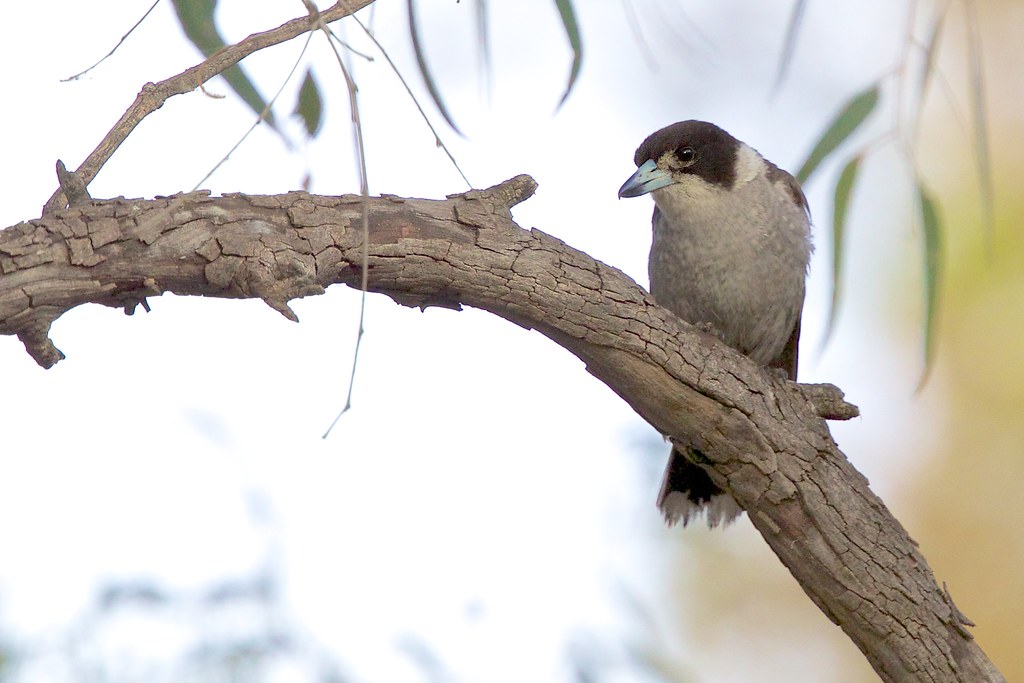 Can't you just imagine one of these little birds, watching you from the trees as you pass by beneath, wanting your eyeballs for its larder?